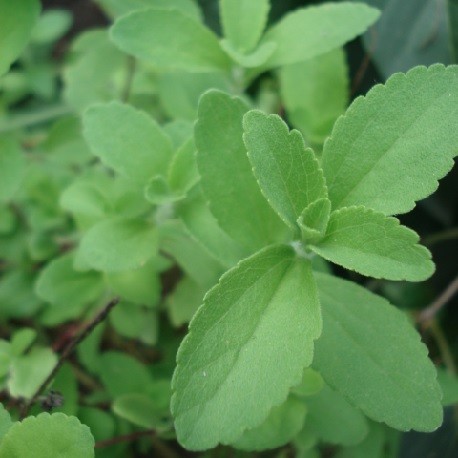 Stevia is a genus of about 150 species of herbs and shrubs in the sunflower family (Asteraceae), native to subtropical and tropical South America and Central America.

The species Stevia rebaudiana Bertoni, commonly known as sweetleaf, sweet leaf, sugarleaf, or simply stevia, is widely grown for its sweet leaves.
As a sugar substitute, stevia's taste has a slower onset and longer duration than that of sugar, although some of its extracts may have a bitter or liquorice-like aftertaste at high concentrations.

With its extracts having up to 300 times the sweetness of sugar, stevia has garnered attention with the rise in demand for low-carbohydrate, low-sugar food alternatives.

Stevia also has shown promise in medical research for treating such conditions as obesity and high blood pressure.
Stevia has a negligible effect on blood glucose, even enhancing glucose tolerance; therefore, it is attractive as a natural sweetener to diabetics and others on carbohydrate-controlled diets.