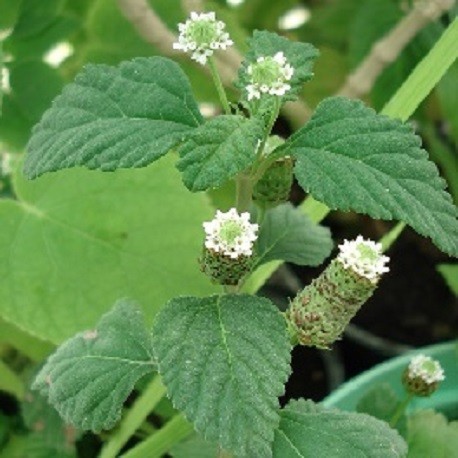 Phyla, Lippia dulcis or Aztec sweet herb is a species of perennial herb that is native to southern Mexico, the Caribbean (Cuba, Hispaniola, and Puerto Rico), Central America, Colombia, and Venezuela.

Lippia dulcis has historically been used as a natural sweetener and medicinal herb in its native Mexico and parts of Central America.
It was used by the Aztecs and introduced to the Spanish when they arrived.

The sweet taste is caused by a sesquiterpene compound called hernandulcin, which was discovered in 1985.